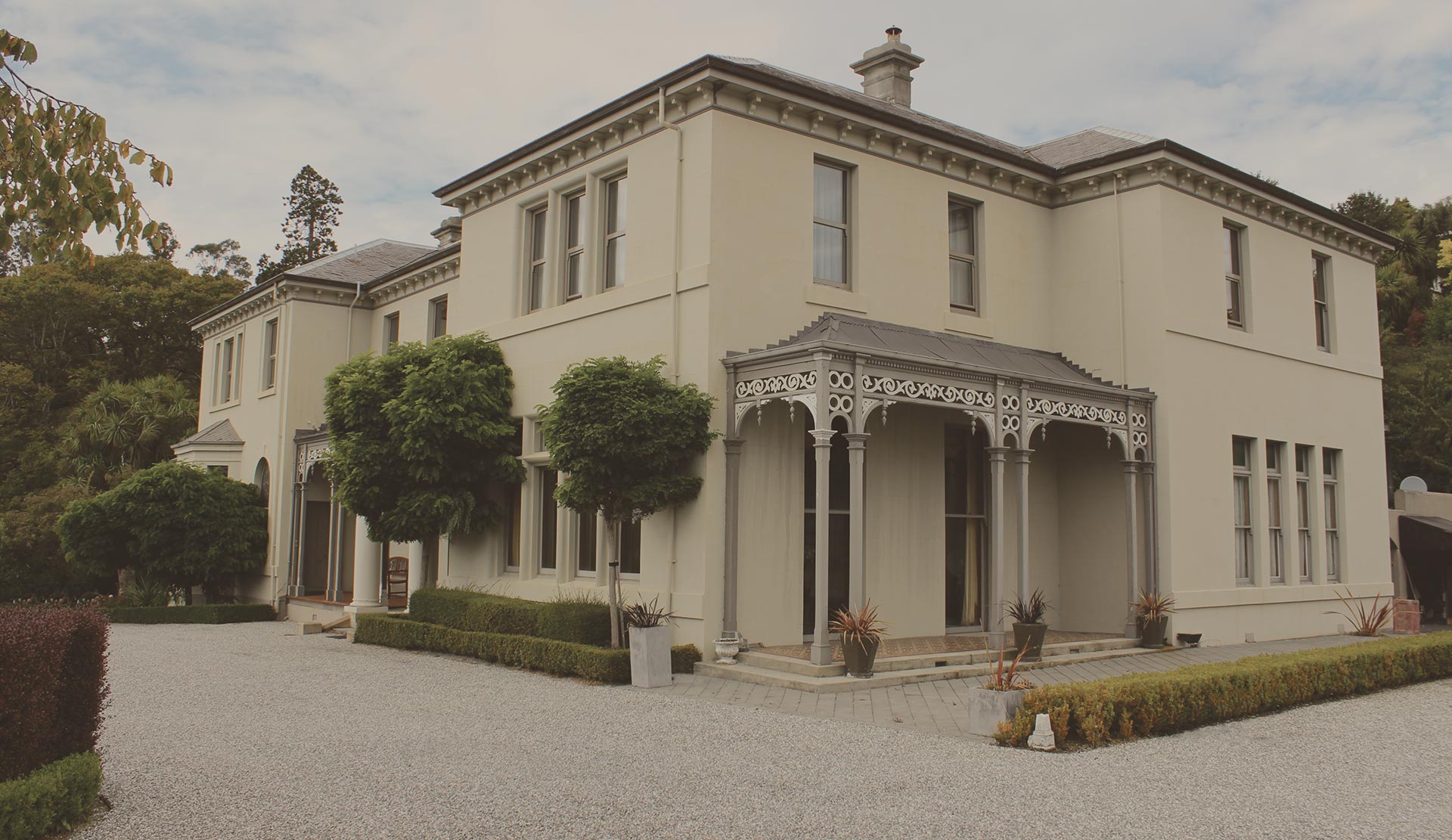 Corstorphine is history! From the earliest days of Dunedin, Otago and New Zealand, from the Central Otago gold fields to the halls of power in Wellington, Corstorphine has played its part in the pioneering history of this young nation. Today it stands as a living proof that history always has a very important role in our future.

John Sidey arrived in Dunedin on board the Blundell on the 21st September 1848 and set up business as a storekeeper. In 1858 he moved to Corstorphine after purchasing land which extended from Lookout Point, to Concord and Blackhead. The original estate was vast and included the land of the present St Clair golf course to the lower reaches of Playfair Street in upper Caversham. A small cottage was built in 1858 where John and his new wife Johanna lived until the grand new residence was completed in 1863

For nearly 100 years it was the Sidey family home until 1957 when the house and property were sold to the Presbyterian Social Services Association as a home for intellectually handicapped adult woman. In the mid-nineties the house was sold and sold again a few years later to Nico and Irina Franken who transformed the house into a Boutique Private Hotel. Much of the improvements to the main house are credited to them and much restoration work was carried out to bring the stately home up to a first class standard to accommodate the elite. Each of the eight double bedrooms in the house has its own beautifully appointed ensuite.

In 2009 as a result of the economic downturn following the great financial crisis of 2007 Corstorphine short career as a Boutique Hotel came to an end. The property is now owned by a Dunedin businessman and identity Paul Facoory who was born and lived in Corstorphine in his early years in a state house just a kilometre or two up the road from Corstorphine House on lands that were formally owned by John Sidey. Paul lived most of his early life in Caversham as well, after the family moved out of their small state house in Middleton Road in need of a larger home to house the 9 children of Les and Pauline Facoory. Yet the house was not known to him until it came up for sale following its closure as a Hotel.

Work to restore the old property continues and the house has a family living in it again. We suspect that old Mr Sidey would be pleased! The historic nature of the property is a magnet for people of Dunedin and far beyond and today access is being made available once more for people to come and enjoy and experience the property in a variety of ways.